For our October sketchcrawl, let's visit the vide-grenier in Luxembourg city.

Weather permitting, we will be able to sketch visitors and exhibitors on the Guillaume II square. We can always take refuge on one of the surrounding cafés if needed.

Let's meet in front of Cercle Cité on the Place d'Armes on Sunday 2nd October at 14:00.

See you soon and don't forget your pencils! :)
Posted by urban sketchers luxembourg at 08:06 No comments: 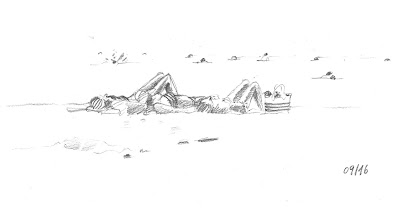 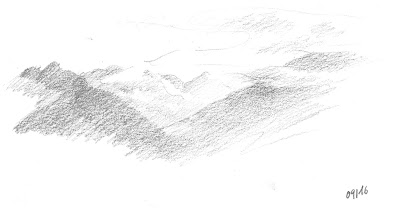 Posted by Correspondant USk Luxembourg at 12:51 No comments:

For this month's sketchcrawl, we visited the Schueberfouer, one of the oldest and most beloved Luxembourg traditions. Every year, starting around mid-August, this event, a mixture of market and funfair, takes place for three whole weeks.

The Schueberfouer was founded in 1340 by John the Blind, King of Bohemia and Count of Luxembourg. It was initially a huge market where people from all around the Greater Region came to sell their products, ranging from agricultural products and livestock to cloth, pottery and other household products.

Over the centuries shows and games started to become part of the fair, and the Ferris wheel and rollercoaster became permanent fixtures in the 20th century, later joined by more and more sophisticated attractions, some of them not meant for the faint of heart. 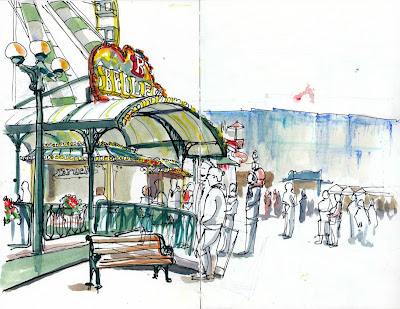 The beginning of the Schueberfouer always feels bittersweet to me, as it brings loads of fun but also announces the end of the summer holidays.

On Sunday, we went there with Leen and Maria Grazia for the monthly USk sketchcrawl. I focused on the Ferris wheel, which I find immensely photogenic. The owners of the attraction came regularly to see how our sketches were progressing.

I am pleased to say that they loved them and even asked if they could buy my sketch. I told them that unfortunately, as it was part of my sketchbook, it was not possible, but I later sent them a scanned image. 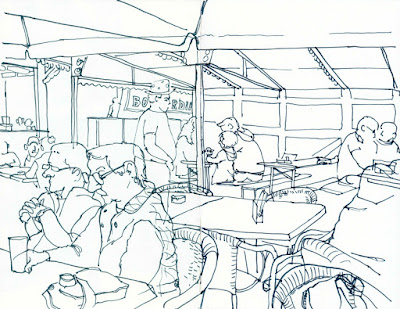 One ride on the carousel and a drink later, I was ready to call it a day and to say goodbye to the Schueberfouer for this year and mentally prepare for the arrival of autumn.

I sketched at the Schueberfouer on another occasion. You can see more of my sketches on my blog
Posted by Unknown at 16:30 No comments:

Posted by Correspondant USk Luxembourg at 18:41 No comments: