A journey through time at the Tramsmusée

When you look at old photos of Luxembourg-City you may be surprised at finding out that there used to be trams all over the city. Unfortunately they were completely removed in the 1960s in favour of buses, which were more fashionable and more economical at that time. I love trams, so I can't help feeling that the city lost part of its character in favour of being more mainstream and modern.

So it was with some curiosity that I participated to latest urban sketching session organised by LUCA at the museum of public transportation, commonly known as "Tramsmusée". 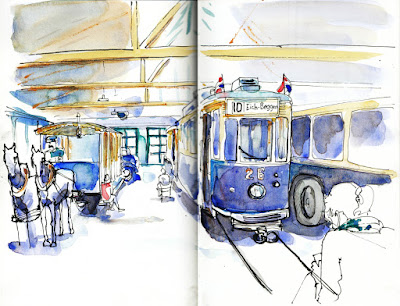 In a small room, you can go through the evolution of public transport in Luxembourg, with one example of electric tram, horse tram, tram coach, bus, etc. on display. There was even a bus just like the old school buses that used to take me to highschool. The common colour to all is a dark, almost indigo, blue with creamy yellow borders.

Nowadays there is not just one colour of bus. Depending on the model, the operating company and even possible advertising they can range from white to red to rainbow-coloured and the occasional old-fashioned dark blue reminiscent of the ancient trams. 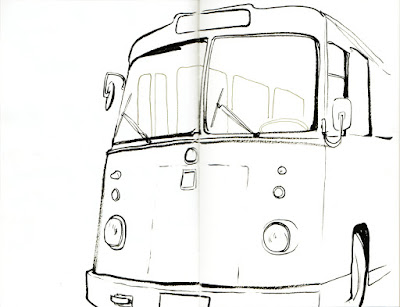 At the moment there are construction sites all over the city, the biggest project being... to reintroduce trams to replace a big part of the buses. They say that only idiots don't change their minds, but I find it a pity that we lost the historic trams and their charm, which cannot really be replaced by modern models. 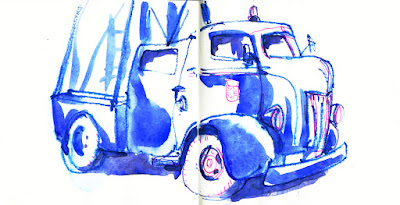 It would be quaint to see a few old rickety trams run through the city, like Lisbon and its yellow trams. Maybe they will use the old carriages on special occasions. I would definitely be in line to take a ride in one of them.
Posted by Unknown at 09:00 No comments:

For our December sketchcrawl, let's go sketch at the Christmas market in Luxembourg city.

See you on Sunday!
Posted by urban sketchers luxembourg at 09:14 No comments:

USK + LUCA at the Luxembourg Trammusee

It was a great session last Saterday afternoon at the Tram Museum of Luxembourg with a nice group of fellow sketchers. 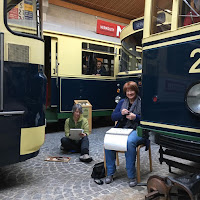 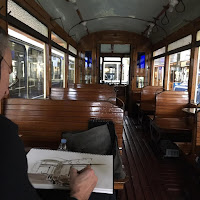 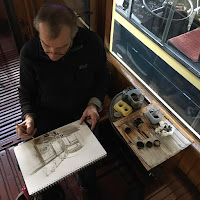 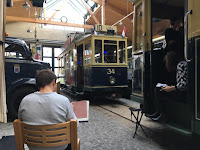 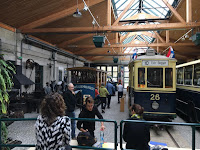 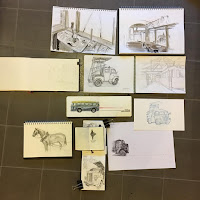 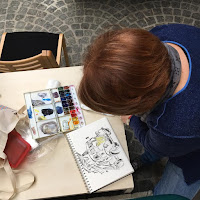 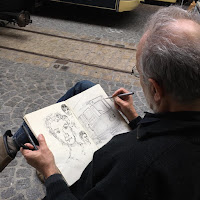 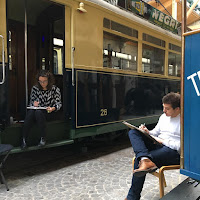 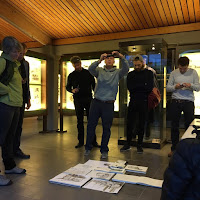 Posted by urban sketchers luxembourg at 22:01 No comments:

For our November Sketchcrawl we met at the Notre Dame cemetery in Limpertsberg, Luxemburg.


With its beautifully carved tombstones and funerary sculptures it is a place of meditation and calm. And especially in November, after the visits of the families, the chrysanthemums, the autumn colours and the monuments make for an interesting painting palette. 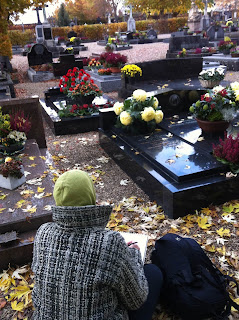 We were happy to welcome two new members, Nico and Manon (our youngest urban sketcher).


We were lucky that it did not rain, but there was a cold wind and you could feel snow in the air even if it was only the beginning of November. But the November light was beautiful, so we were courageous and we sketched for about an hour in the cemetery.


We made the traditional ‘family photo’ of our sketchbooks: 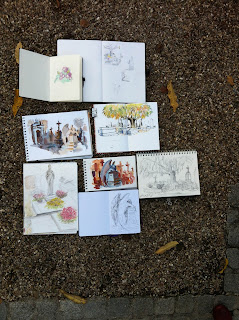 With the cemetery as background it has a special melancholic ring to it: 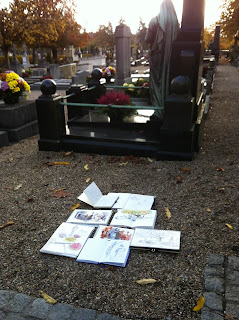 Here are my own sketches - I focused on the ‘Angel of Grief’, a replica of the Rome sculpture by the American sculptor William Wetmore Story. 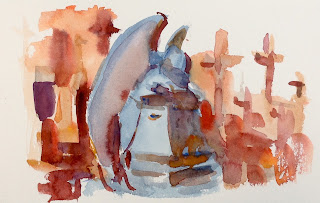 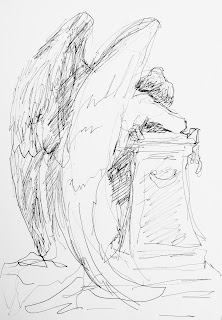 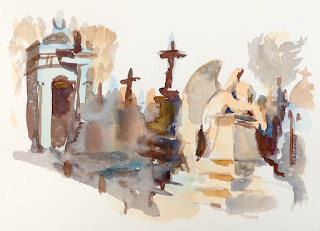 Afterwards we went for a hot drink in the Hitch on the Glacis. When our fingers and toes were warm again we could go on sketching in a drink&draw session!


Posted by urban sketchers luxembourg at 09:06 No comments:

Join the Luxembourg chapter every first weekend of the month, usually from 2pm until 5pm in winter and until 6pm in summertime, to sketch at a different location in Luxembourg!
Register on our mailing list at usk.luxembourg@gmail.com to be kept informed of our sketchcrawls and events.