As we were really frustrated not to go to Chicago last summer for the USK Symposium, we decided to spend a few days in Edinburgh with belgian sketcher friends Gérard, Antoine and Theo.
Edimbourg is just an incredible city for sketchers! Each place, each building is the occasion of a sketch. 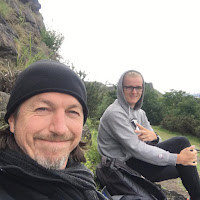 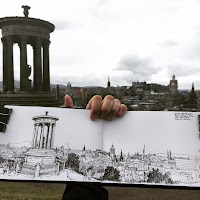 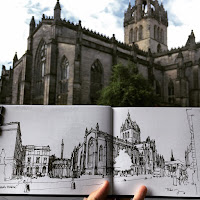 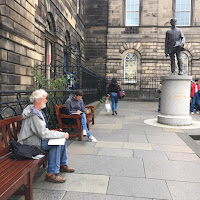 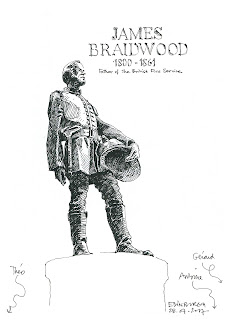 The medieval city is on a central hill, developed along the Royal Mile, with all its monuments and statues: the Cathedral and some churches. On the upper end stands Castle Rock, the medieval fortress, and on the lower end stands the Queen's Castle with the ruins of the Holyrood Abbey. 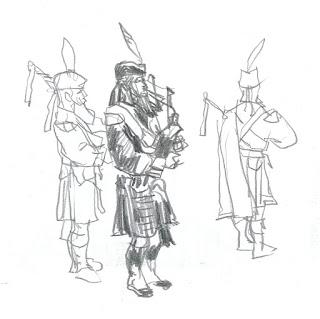 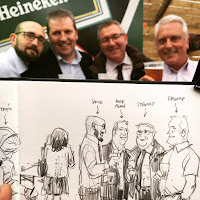 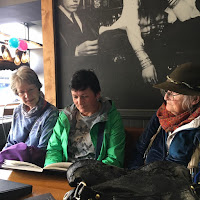 On the other side of the medieval center is another hill with a very quiet cemetery taking place along the slope going down to the city roots. 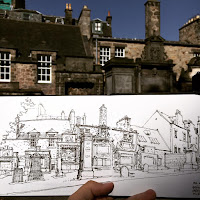 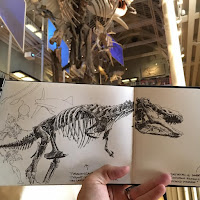 Not far from there is the Edinburgh Museum where you can shelter during the frequent rain shower... there are plenty of interesting things to drawn inside! 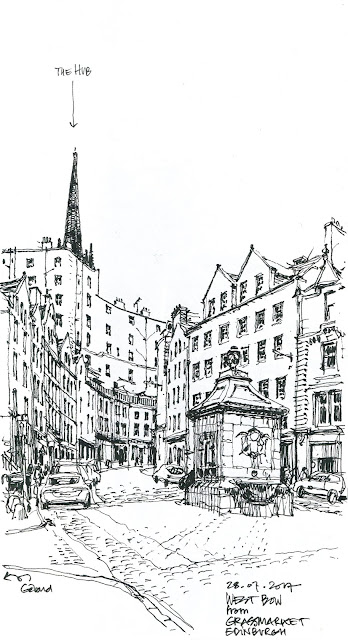 Posted by urban sketchers luxembourg at 23:50 No comments:


For our November sketchcrawl we met at the Limpertsberg to discover the Notre Dame Cemetery, which really is like an open-air museum of funerary architecture and sculpture. In the beginning of November the melancholic sculptures are decorated with masses of flower colors.
The Notre Dame Cemetery dates from 1775 and was laid out outside the former city walls on Limpertsberg. The Limpertsberg plateau was then a barren plain, but in the second half of the 19th century the area became known for its spectacular rose gardens.
During those years Luxembourg gained a reputation as a prestigious rose growing centre and at the beginning of the 20th century Luxembourg was known the world over as the Land of Roses.
The flowers we saw at the cemetery were mostly chrysanthemums, symbol for enduring life and rebirth, but in the carvings of the beautiful tombstones, roses play a prominent role.
We sketched bravely for an hour and a half. Before the cold snowy wind started to hit us hard, there were some timid rays of sun and Valérie made good use of this slowly waning November light to make these beautiful photos. 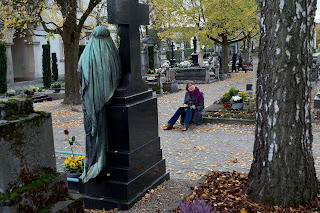 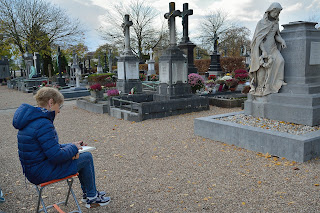 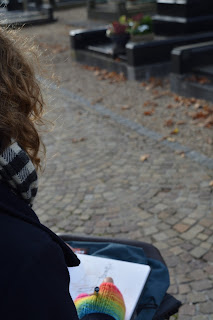 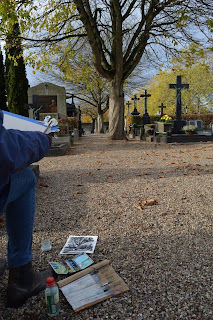 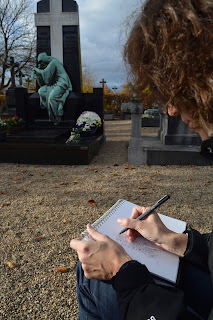 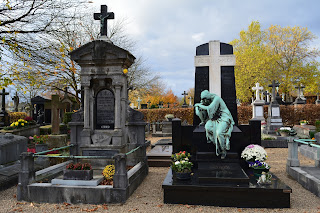 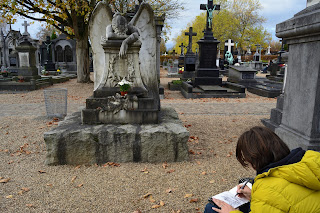 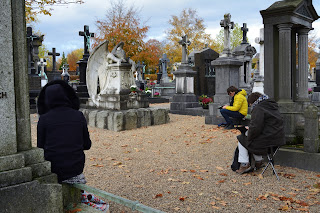 Posted by urban sketchers luxembourg at 14:16 No comments:

For our December sketchcrawl, let's go sketch at the Christmas market in Luxembourg city, by the Gëlle Fra.

See you on Sunday!
Posted by Unknown at 10:59 No comments:

Join the Luxembourg chapter every first weekend of the month, usually from 2pm until 5pm in winter and until 6pm in summertime, to sketch at a different location in Luxembourg!
Register on our mailing list at usk.luxembourg@gmail.com to be kept informed of our sketchcrawls and events.